Karen Jones, CEO of Citywealth, accepted in the Guild of Freemen


After having been awarded the prestigious Freedom of the City in 2017, joining the ranks of such notable figures as Nelson Mandela, Winston Churchill and JK Rowling, a further honour has been bestowed on Karen Jones, founder and CEO of Citywealth, by being accepted into the Guild of Freemen.

The Guild is a highly regarded association steeped in medieval traditions, where freemen can support the City by contributing to its welfare through charitable activities, celebrating its heritage and helping to shape its future. It also provides mentorship to schools throughout the UK to help students with career choices.

A reciprocal arrangement between the Guild and the Honourable Company of Freemen of the City of London of North America strengthens the historical and commercial ties between the old and new continents.
HRH The Princess Royal is an Honorary Member of the Guild.

As a freeman, Karen has the right to vote for the Lord Mayor of London, one of the world’s oldest elected offices, and whose main role is to support businesses in the City, and to promote London’s financial services abroad. 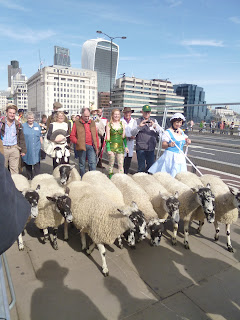