January 26, 2018
Winners of the Citywealth IFC 2018 were announced last night at the 5 star Rosewood Hotel in the City of

London, bringing together about 200 of the world's top wealth advisors and private client experts.

To celebrate Burns Night, kilted bagpiper Major Willie Cochrane led the guests into the dining room, and following the old Scottish tradition, some whiskey was downed and then the tumbler held over the head to show that every drop had been consumed. 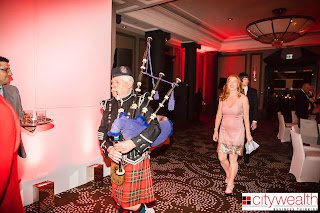 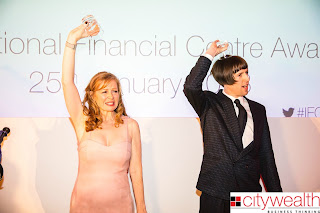 Comedian Tom Ward acted as host for the event while toastmaster Paul Deacon ensured the smooth running of the evening.

The IFC awards were established seven years ago to highlight the excellence of the advisors and managers in the private wealth sector within the major international financial centres. Winners and runners-up in twenty-four categories were announced - voted by an international panel of highly respected practitioners from all sectors and with experience of working with advisors in all the jurisdictions covered.

Over £5,000 was raised through sale of raffle tickets for the charity Together for Short Lives that supports seriously ill children and their families in the UK.

Congratulations to all the winners! 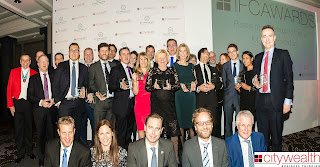